This commercial photo shoot was supporting the efforts of the Kwik Fit #TourDeBranch company fundraiser. This sees more than 80 cyclists embark on a national tour, joining up 127 Kwik Fit centres the UK during August and September 2019.

This 2,500 mile route, (some 300 miles longer than this year’s Tour de France) began in Aberdeen and takes in all regions of Great Britain, before ending next month in Manchester raising money for Children with Cancer UK.

I joined the team in Edinburgh at the Corstorphine Road centre on Day two: The one where it rained – lots!

The team of twelve met with Frank Ross, the Lord Provost of Edinburgh and a representatives of the charity Children with Cancer UK before heading off into the rain and on to the next branch…

Team – we wish you so much success and fun on this amazing expedition. You’re able to support the fund-raising of the Kwik Fit team by donating online and supporting the life changing work of Children with Cancer UK. 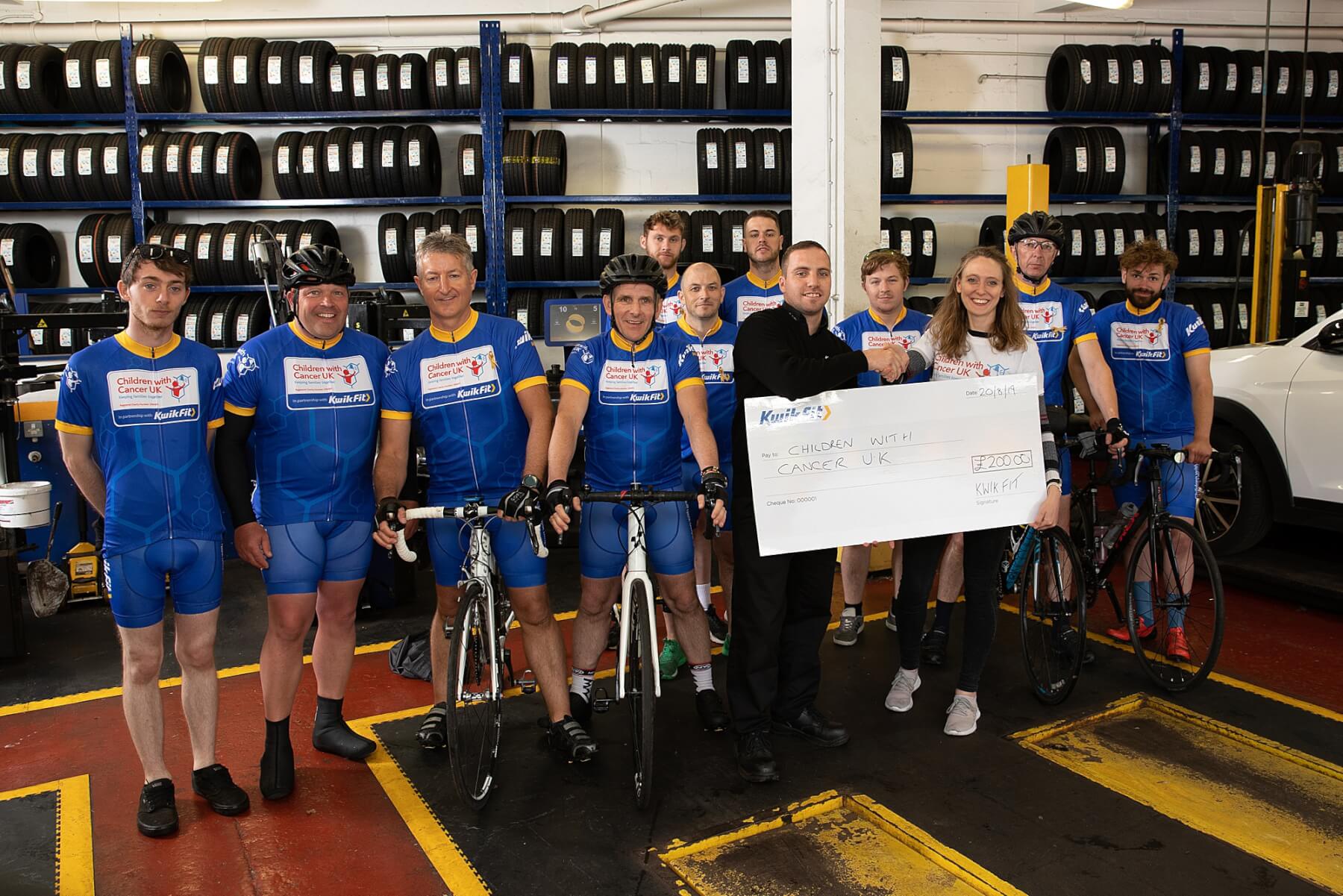 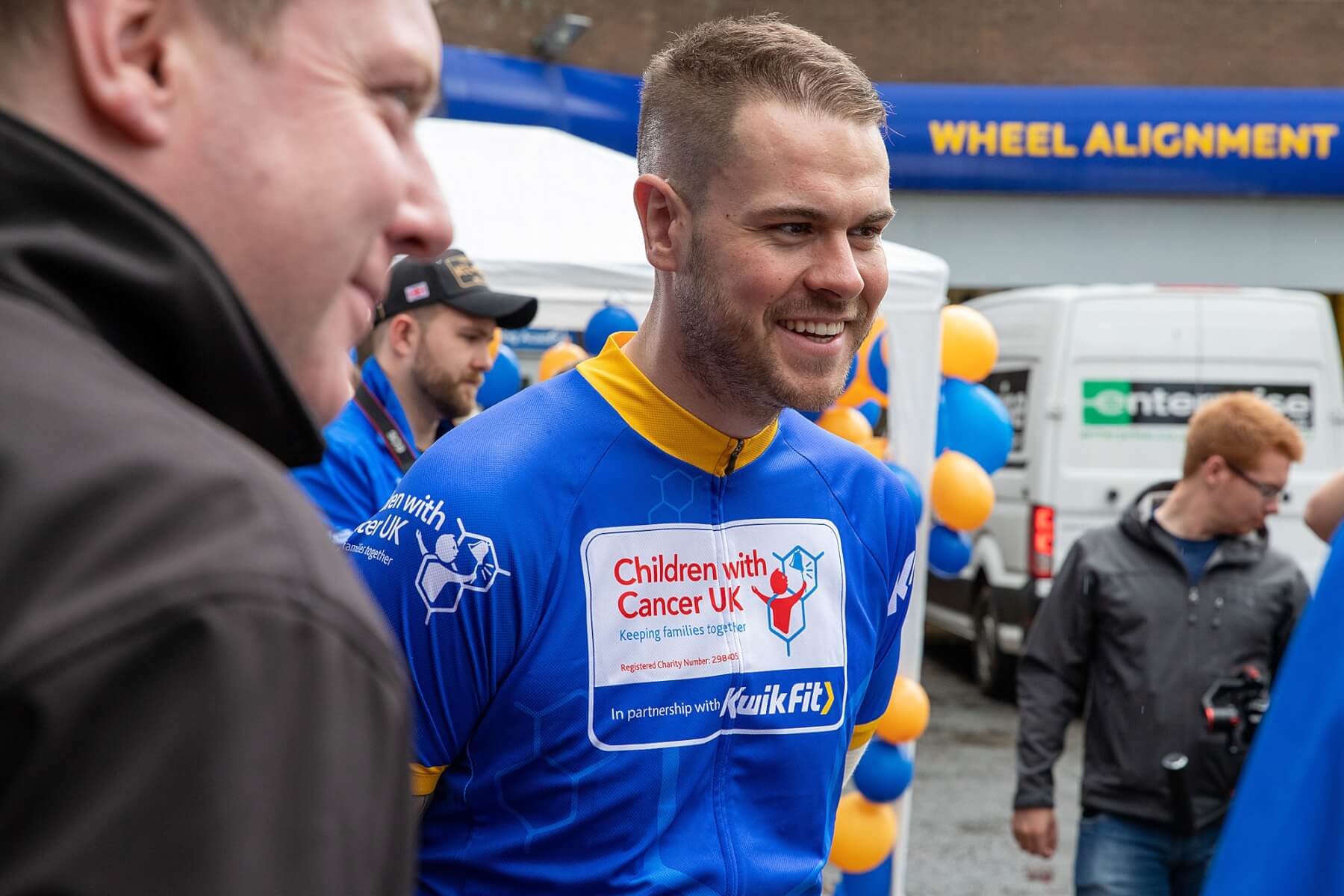 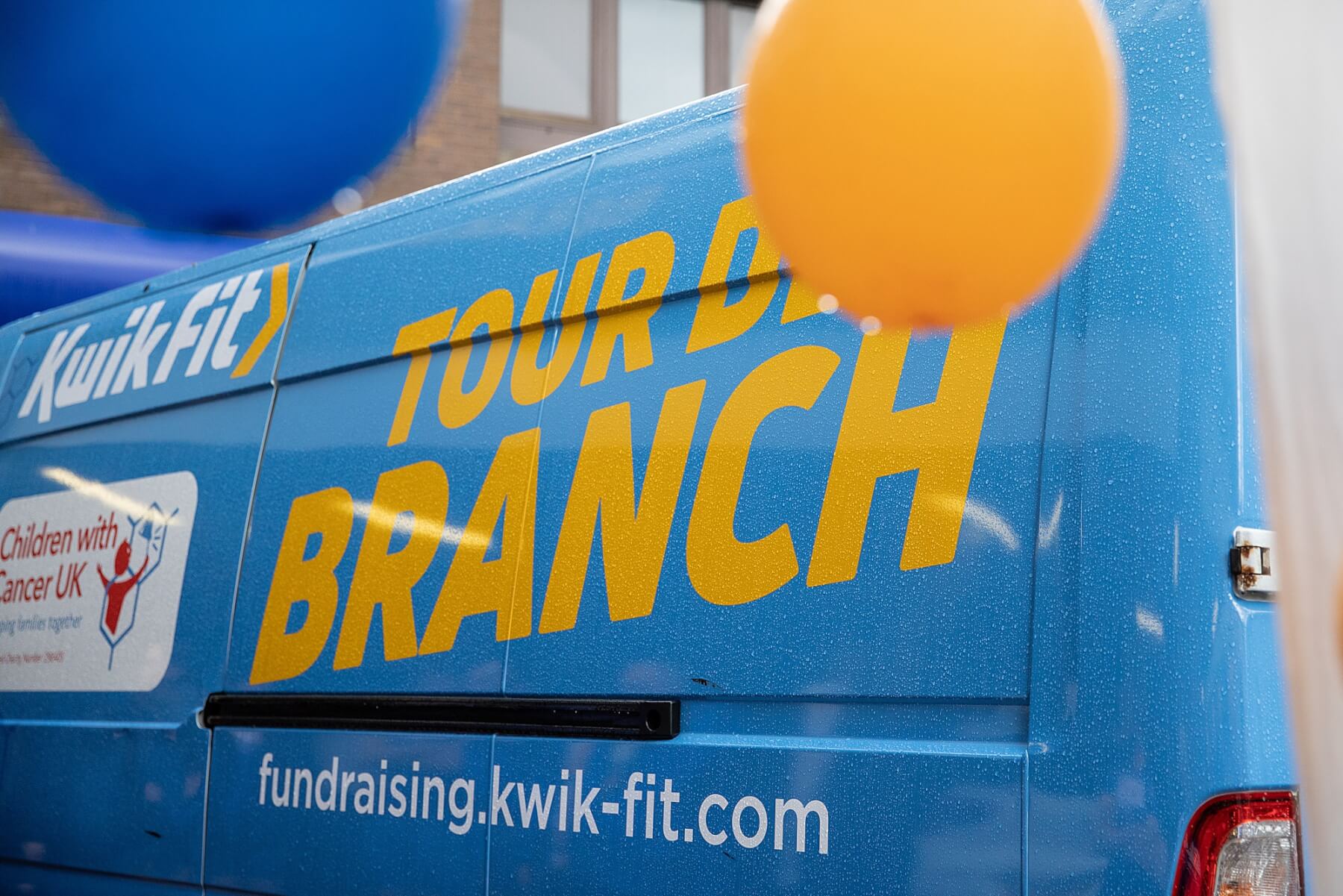 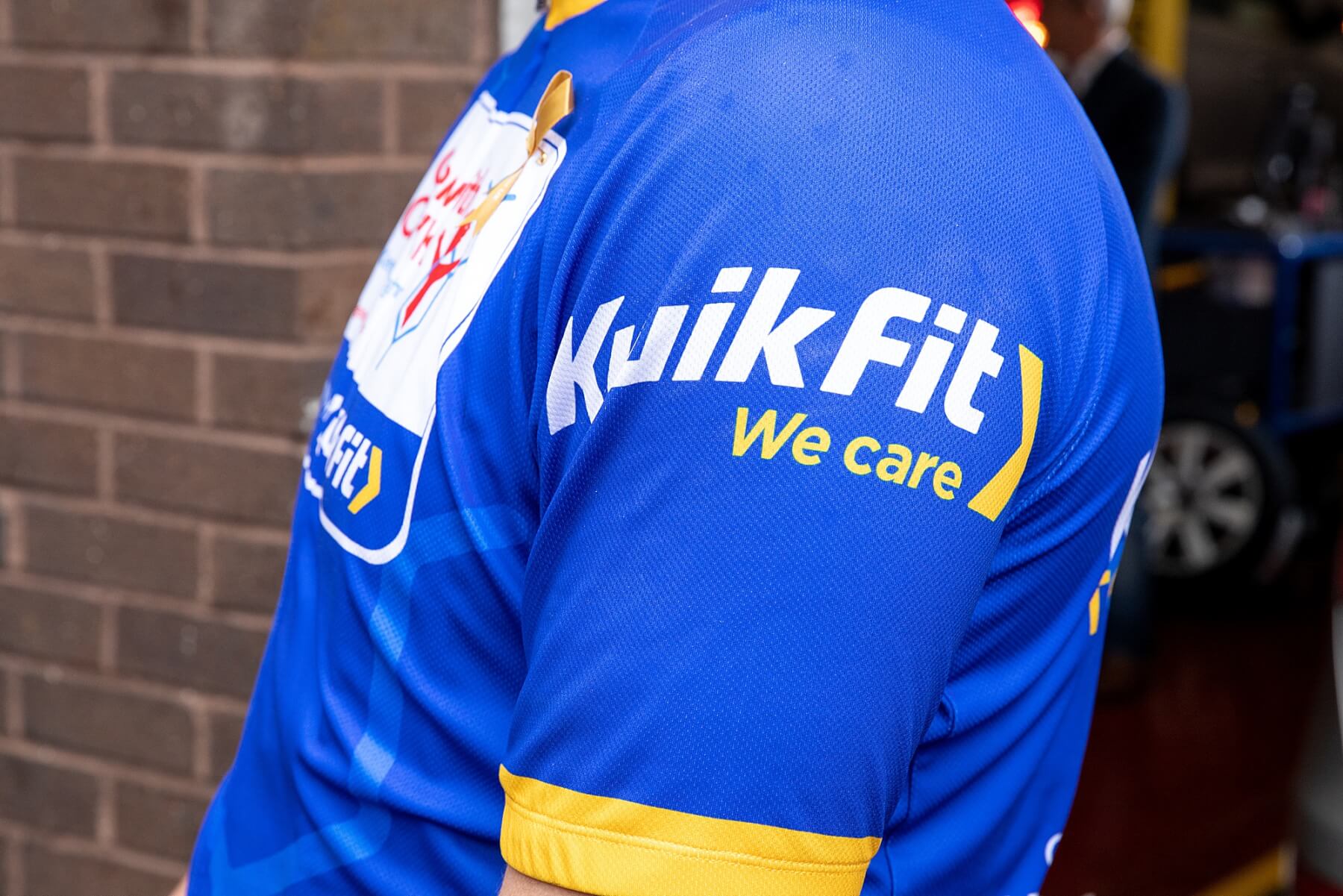 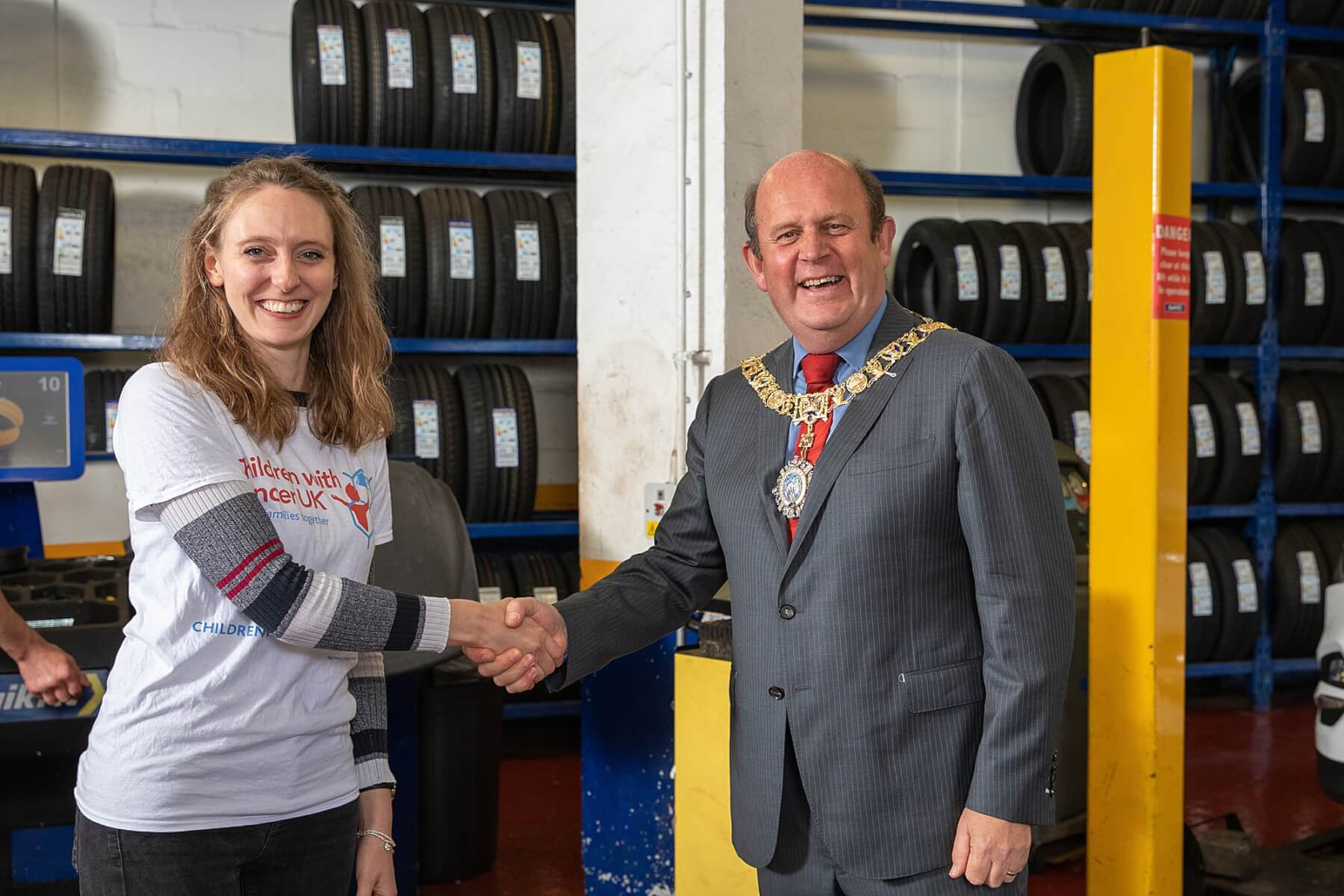 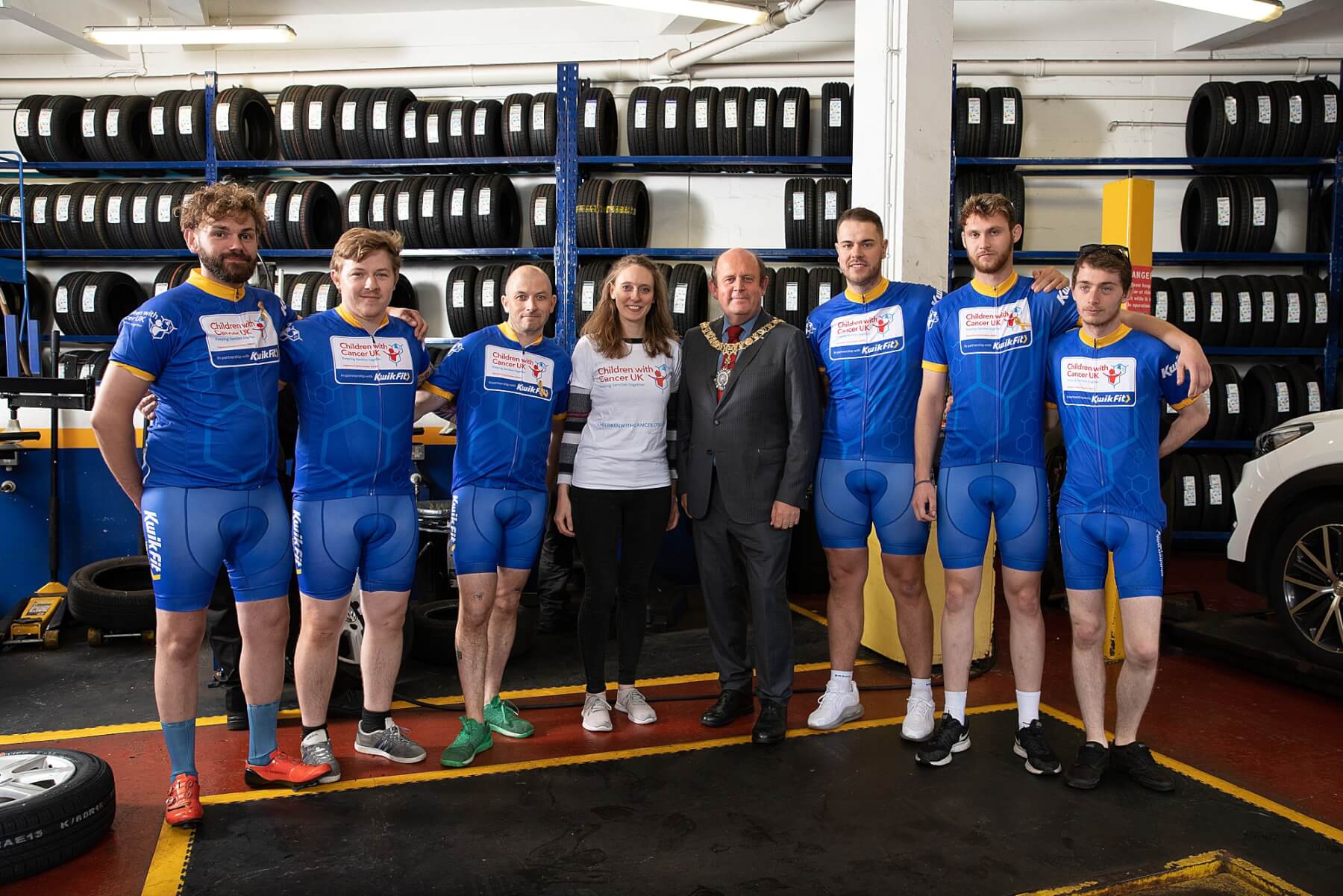 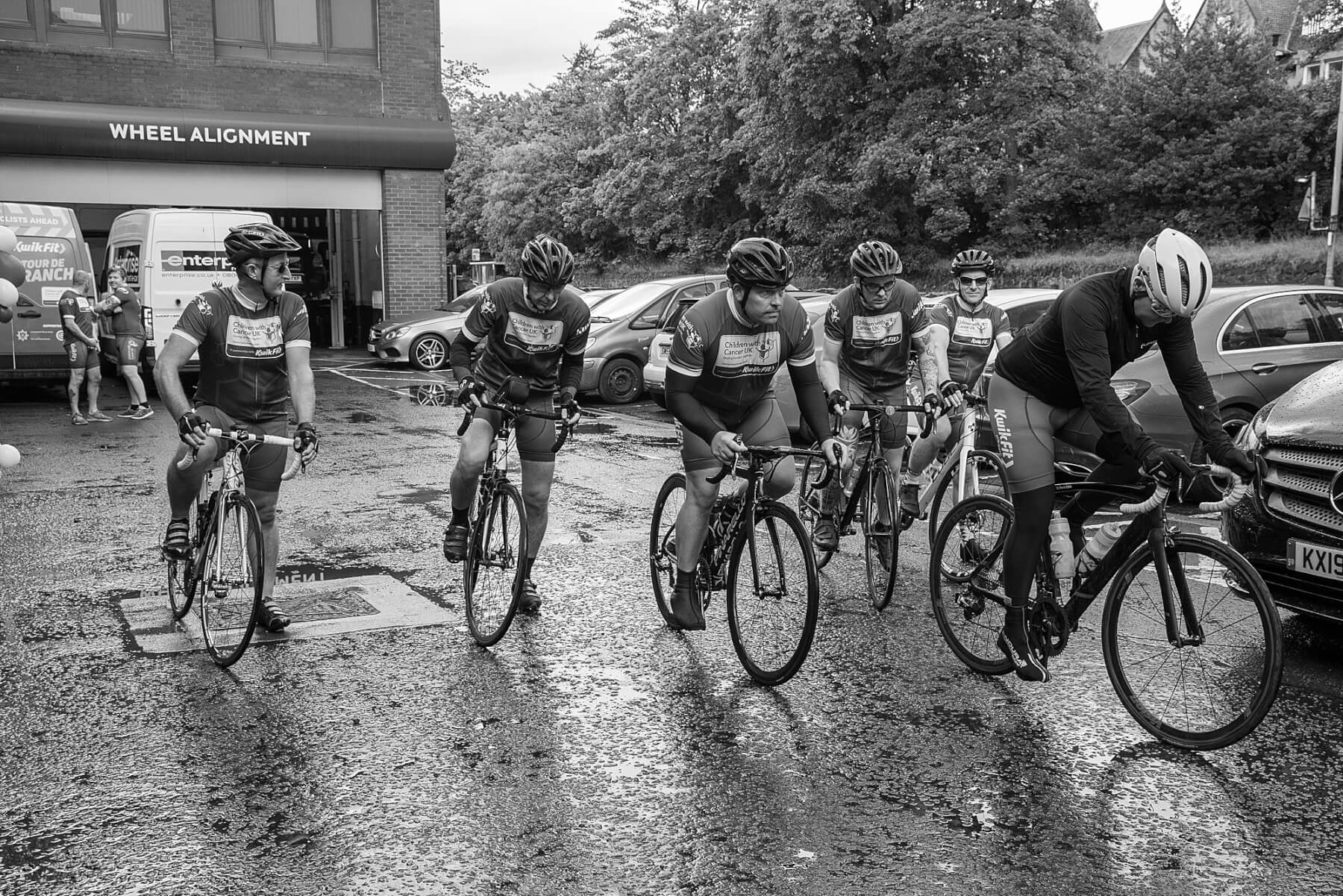